The first generation of the Concorde debuted at the 1992 North American International Auto Show in Detroit as a 1993 model. It debuted as a single, well-equipped model that was priced at US$18,341.

Out of all the LH sedans, the first generation Concorde was most closely related to the Eagle Vision. The Concorde was given a more traditional image than the Vision. The two shared nearly all sheetmetal in common with the main differences limited to their grilles, rear fascias, body side moldings, and wheel choices. The Concorde featured a modern take on Chrysler’s signature waterfall grille. It was split into six sections divided by body colored strips with the Chrysler Pentastar logo on the center strip. The Concorde’s rear fascia was highlighted by a full-width and full-height lightbar between the taillights, giving the appearance that the taillights stretched across the entire trunk. In keeping with its upscale position, Concorde’s body side moldings incorporated bright chrome (later golden colored) work not found on its Dodge or Eagle siblings. On Concordes with gray lower body paint color, the gray came all the way up to the chrome beltline; on Visions the gray lower body paint area was smaller and much more subtle. Wheel styles, which included available aluminum wheels with a Spiralcast design, were also unique to the Chrysler LH sedans (Concorde, LHS, New Yorker); Dodge and Eagle had their own different wheel styles.

The interior of the Concorde was also nearly identical to that the Vision, the main difference being the Concorde’s faux wood trim and steering wheel emblem. Concordes could be equipped with a front bench seat and column shifter, bringing total capacity to six. Chrysler Concordes never had the option of autostick transmission and its special instrument cluster. It was only available with an automatic transmission.

The upscale Concorde models featured leather-trimmed seats, steering wheels, shift knobs and door inserts. Other interior options included rear seat vents (in the five-seater), rear center rear armrest, and eight-way power seats for both the driver and passenger, as well as personal reading lamps. Power windows and central door locks were standard on all Concordes, as were dual airbags. Other options included remote keyless system and a choice of several Infinity sound systems with CD, cassette with up to eight speakers and an equalizer.

The upscale LXi model was distinguishable as it did not have a retractable antenna, but a fixed antenna inside the rear passenger-side fender. Anti-lock brakes (ABS) were standard, with traction control optional.

Dual-way power sunroofs were available on this car. An installed sunroof eliminated most of the front overhead console that featured storage bins for a garage door opener and sunglasses. However, the Overhead Travel Information System (OTIS), or on-board computer with integrated map lights, was retained. One notable achievement included the Center for Auto Safety ranking the 1993 Concorde as superior in crashworthiness after testing it at 35 miles per hour into a wall. 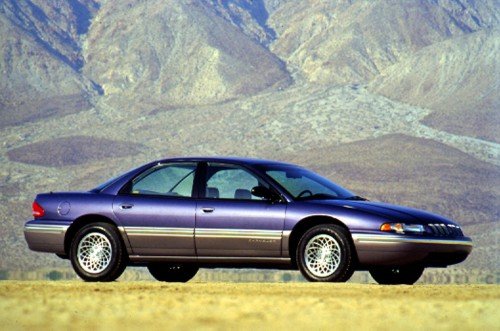 1993 Model Year: Base 3.3 L engine had 153 hp and standard non-touring suspension. The 3.5 L 24-valve SOHC V6 217hp and touring suspension were optional. A six-disc trunk-mounted Mopar CD changer with wire remote and an alarm system were dealer installed optio ns.  A Panasonic cell phone with externally mounted antenna could be ordered. The split bench seat with column shift lever was not yet available, but planned from the beginning. 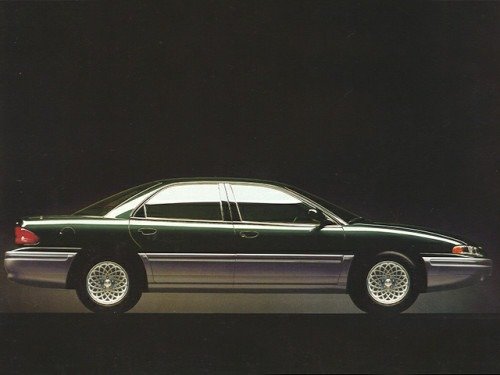 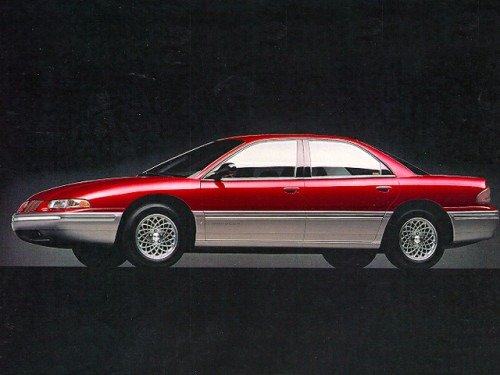 1995 Model Year: Improvements made to the transaxle, a modification to the optional remote keyless entry system and the addition of ‘thumb-touch’ acceleration and cancel features, placed on the steering wheel spokes, to the cruise control. Later 1995 models were produced with sheet metal front fenders, which replaced the composite fenders on earlier models to improve structural integrity. The corporate “Pentastar” logo was replaced by the Chrysler wreath on the grille, horn pad, and various other places (except the keyless entry key fob and keys, which still had the old “Pentastar” logo). 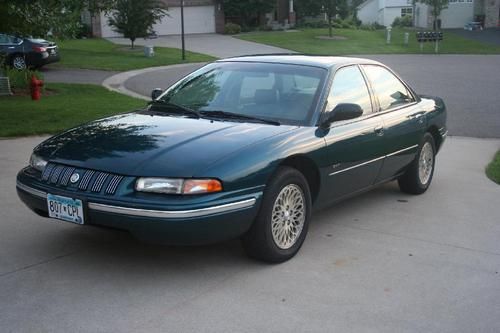 1997 Model Year: The only major change for this year was that on the base LX model, the 3.3 L V6 was dropped as the standard engine.