The Eagle Vision was a full-sized, front-wheel drive four-door sports sedan that was produced from 1992 to 1997. It was marketed by Eagle, replacing the AMC/Renault-designed Eagle Premier (from which the Vision was derived). The Eagle Vision was badged as the Chrysler Vision in Europe. The Vision debuted at the 1992 North American International Auto Show in Detroit. As one of the LH sedans, it was Automobile Magazine’s Automobile of the Year in 1993, and ultimately the only Eagle model to be completely designed and built in-house by Chrysler.

Power windows and central door locks were standard for both trims, as were dual airbags, with remote keyless entry available as an option. Among other factory installed sound systems available, was the top-of-the-line Infinity sound system which included 8 speakers positioned throughout the cabin along with an equalizer. Head units included a radio with either cassette or CD playback, and a maximum five-bands adjustable graphic equalizer.

The TSi model was distinguishable as it did not have a fixed mast antenna, but a retractable power antenna that stored itself inside the rear passenger-side fender. Anti-lock brakes (ABS) were standard, with traction control optional.

Dual-way power sunroofs were available on this car in either trim. An installed sunroof eliminated most of the front overhead console that featured storage bins for a garage door opener and sunglasses. However, the Overhead Travel Information System (OTIS), an onboard computer with integrated map lights, was retained.

The Vision was generally the middle offering of the original three LH cars, with the ESi starting between a base Intrepid and a base Concorde (usually just under the Concorde by a few hundred dollars). However the TSi’s base price was more than a base Concorde. Other LH cars, the New Yorker and LHS, started higher than the Vision.

The Vision sold around 105,000 units, from 1993 to 1997, and Chrysler was planning to continue it for the redesign of the LH cars for 1998. Some prototypes featured the Eagle logo, and Vision production continued into September 1997 to offer dealers with an adequate amount of 1997 models, until the introduction redesigned 1998 Vision. However, Chrysler made the decision to stop production of the Vision with the last unit built on September 5, 1997. On September 29, 1997, the automaker notified 2,340 U.S. and 337 Canadian dealers that the Eagle brand would be discontinued by the end of the 1998 model year.

The car that was planned to be the redesigned Vision, became the Chrysler 300M. It was released a year after the other redesigned LH cars in 1999. 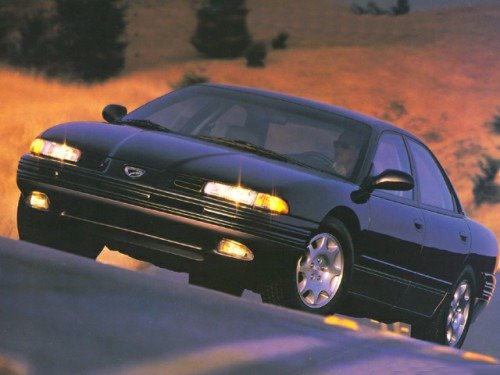 1993 Model Year: The Vision featured a monochromatic design inside and out, with no brand or model badge on the doors (as found on the Concorde), and available aluminum wheels with a simple design. The single color motif was more pronounced on models without the grey lower body trim paint scheme. In keeping with its high-performance image, the Vision was the only LH sedan to come standard with “touring” suspension.”Performance” suspension was an available option on the Vision. 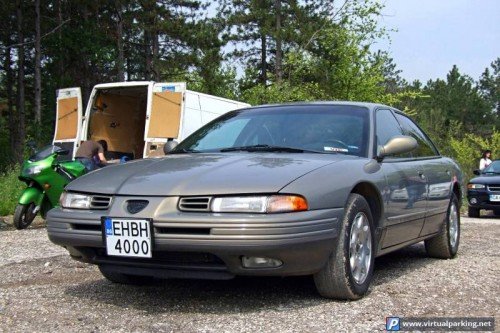 1994 Model Year: Variable-assist power steering was available, providing more feel at higher speeds. Both models now wore the same lower-body cladding, minimizing the evident differences between the ESi and TSi. The 3.3 L engine’s power output was increased by 8 hp, while the 4-speed automatic transmission was revised for smoother shifting.

1996 Model Year: A new Autostick shifting feature became available for the TSi trim. The car could be “manually” shifted by tilting the shift knob right or left to change gears up or down. 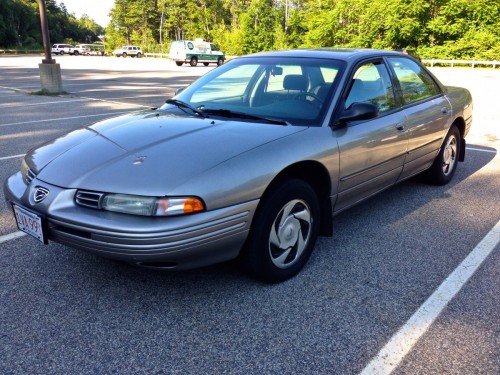 1997 Model Year: Only minor changes were made to the 1997 Vision. After this model year, the Vision was discontinued.