The last generation of the New Yorker continued with front-wheel drive on an elongated version of the new Chrysler LH platform and was shown at the 1992 North American International Auto Show in Detroit. It was released in May 1993 along with the nearly identical Chrysler LHS as an early 1994 model, eight months after the original LH cars: the Chrysler Concorde, Dodge Intrepid, and Eagle Vision, were introduced. The New Yorker came standard with the 3.5 L EGE which produced 214 hp. Chrysler gave the New Yorker a more “traditional American” luxury image, and the LHS a more European performance image (as was done with the Eagle Vision). Little separated New Yorker from LHS in appearance, with New Yorker’s chrome hood trim, body-color cladding, standard chrome wheel covers and 15″ wheels, column shifter and front bench seat, being the only noticeable differences. An option provided for 16″ wheels and a firmer suspension type (“touring suspension”). This option eliminated the technical differences between New Yorker and LHS. LHS came with almost all of New Yorker’s optional features as standard equipment and featured the firmer tuned suspension, to go with its more European image. 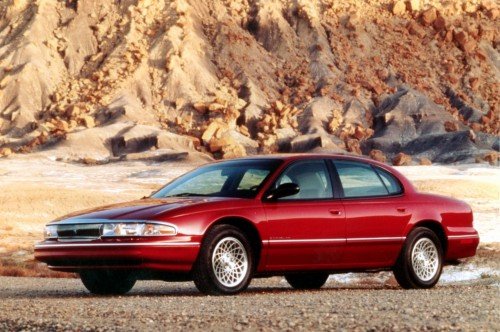 1994 Model Year: At the start of the 1994 model year, some changes were carried through. On the outside, New Yorker now carried accent-color body cladding. This change aligned New Yorker with the Chrysler Concorde, that also had accent-color cladding. Instead of standard 15″ and optional 16″ wheels, for the sake of enhanced stability 16″ wheels became standard and the 15″ wheels were dropped. Likewise, the touring suspension option of the early 1994 model was canceled, leaving normal duty suspension (“ride-tuned”) as the only suspension type. 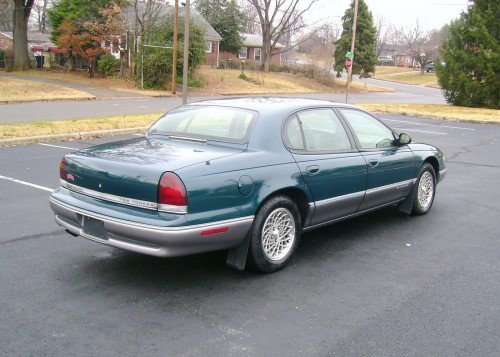 1995 Model Year: For 1995, the New Yorker received Chrysler’s revived blue ribbon logo (which was last used in the 1950s) on its grille, which replaced the pentastar which had been used on models beginning in 1980. 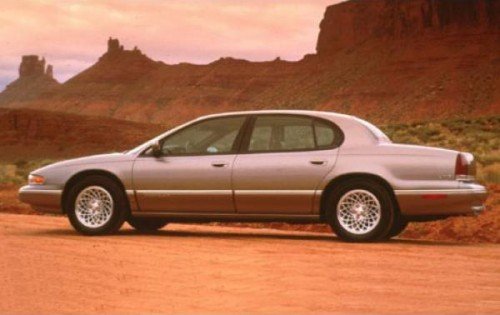 1996 Model Year: The 1996 model featured additional sound insulation and revised structural engineering to give it a quieter ride. A new built-in transmitter replaced the remote garage door opener. The antenna was now integrated in the rear window.

Due to similarities between the New Yorker and LHS, and the LHS’s strong sales, the New Yorker name was dropped after a short 1996 production run. Despite being far more contemporary and monochromatic in design compared to previous models, the traditional New Yorker with its two-tone cladding and chrome trim still did not follow the modern, monochromatic styling trend of the division’s other vehicles in 1996.