Talk about the most common LH mod, and why Chrysler didn't do it.

#377740  by dcsally97
February 10th, 2019, 7:21 pm
Last year our son Tim was rear ended in his Camry. He was fine, the Camry needed a new bumper and exhaust. We decided to get the Kool Vue muffler, but the exhaust shop couldn't get it to fit on the Camry without hitting into things. So, like a good dad I bought the muffler off of him to use on my car. My question for the masses, should I straight pipe (no muffler) and put this in place of the resonator? I want it to sound good, but not overbearing. My thoughts are to straight pipe and use this as the muffler/resonator. Help wanted!
Doug
2004 Chrysler 300M Graphite Metallic Light Taupe Interior
[img]https://images41.fotki.com/v868/photos/ ... uto-th.jpg[/img]
2020 BOD
2018 Co-recipient Carlisle 25th LH Anniversary President's Choice Award
January 2017 ROM
Vehicles owned:
2004 Chrysler 300M
2005 Dodge Grand Caravan SXT

#377757  by Sneke_Eyez
February 11th, 2019, 12:35 pm
Doug, it might be helpful for us to know what the Kool Vue muffler looks like and what its described purpose is - I've never heard of Kool Vue, though I see online it appears they sell several different types of mufflers.

If you are suggesting it to replace the center resonator, then that might be an option, or perhaps in place of the rearmost resonator.
But, unless someone here has used a Kool Vue muffler, I'm not sure how it will sound in either of those locations.
2017-2020 Club Vice President. || Carlisle 2019 Best Exterior! Thank you!


monte4 wrote: ↑April 25th, 2016, 3:18 pm Did a complete exhaust system today as I had a hole in the rear transverse muffler. The shop I went to is a small place that specializes in stainless exhaust. It's a 1 man operation and he does a lot of hot rods and classic cars. Complete stainless steel front resonator, rear transverse muffler and all piping is stainless steel. All joints welded, no clamps used at all. I supplied the rear resonator that I bought while in Florida last winter. Forgot to take my camera as I would have liked to get pictures with car up on hoist, so these are with car back home.

monte4 wrote: ↑April 25th, 2016, 3:29 pm The system is a little louder under acceleration but is quiet once cruising. Thankfully there is no drone.

It certainly looks nice mounted on his car, as shown in this thread for anyone interested:
viewtopic.php?f=19&t=33152

#377967  by dcsally97
February 28th, 2019, 5:05 pm
Alright, it sounds great! It doesn't look perfect, but since Tim was paying I didn't want to nit pick too much. The guys who did the work are hilltechies. Laid back country folk, lol. Anyway, as promised pictures and video. Comments please. Enjoy! P.S. The video sounds better on computer speakers. 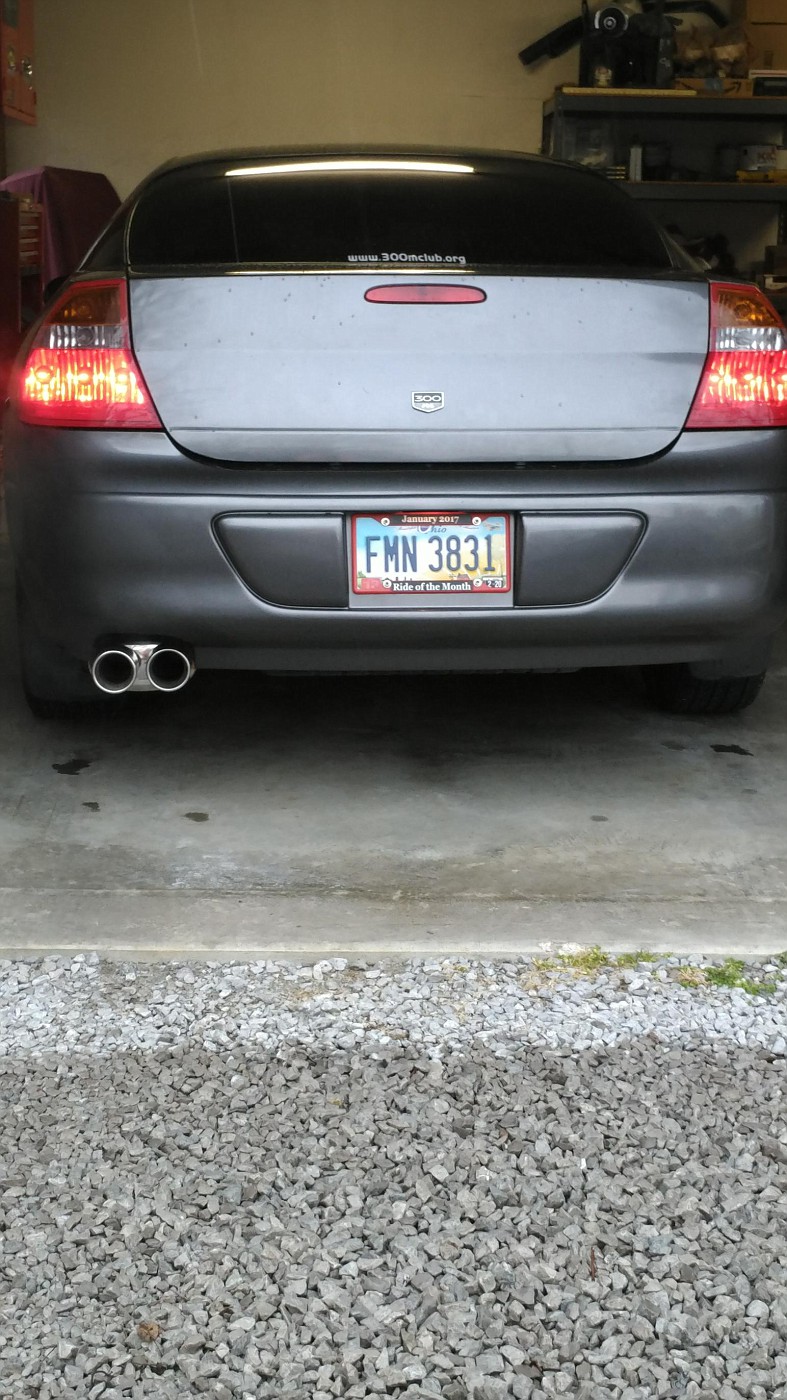 Pick up from shop
https://photos.app.goo.gl/ztX9AgK1QFz3WxQX7

Why you should become a dues paying member (click link)