I think Alan has some backup plans he will touch on.

YardleyBill wrote:Rap is not my thing, but how about a little Jay-Z to get everyone ready for Saturday...

rknapp wrote:Just want to mention, the weather isn't looking too good. I've been watching weather.com for weeks now, gauging when I can buy new tires and put my 20s on (April sometimes surprises us with one last snow storm).

All the NY stations and CT show rain will hold off until PM - will check again tonight.
What better things do we have to do on a dreary SAT?? 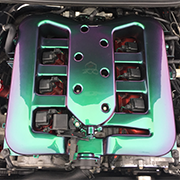 rknapp wrote:Just want to mention, the weather isn't looking too good. I've been watching weather.com for weeks now, gauging when I can buy new tires and put my 20s on (April sometimes surprises us with one last snow storm).

All the NY stations and CT show rain will hold off until PM - will check again tonight.
What better things do we have to do on a dreary SAT??

Maybe we should meet up in the park and head to someplace indoors if it rains. I looked online and there are lots of restaurants and bars in the area.

I put food on the list that needs to be made, are we still doing the food or should we just get lunch together.
2012 - 2020 Club President

Keith has a good idea about planning to go out to lunch - I'll be checking the NY stations again tonight to try and get a better read on the weather for SAT.

The sign-up list (with food) is again posted so it does not fall behind the rest of the discussion. If there is a majority opinion that we'd rather not cook, we'll just strip out the food and hit a local watering hole for lunch - bring some beers, Mike's, soda, snacks, etc. Hang out and have a good time.

1. Keith (silverspecial) - Desert and Rolls for grill items.
2. Alan & Seth (alandw), Gas grill, cooking tools & utensils, cooler/ice, soda & ice tea, water.
Also - if it will help, I can bring burgers, dogs, sausage, chicken since I will have a cooler and ice and folks can just kick in some $ when we are together - or enter something on your name and delete from my name.
3. Rob (rknapp), Plates, utensils, cups.
4. Bill (YardleyBill) ... I can bring whatever we need.
5. Julio (DKano) can bring whatever
6. Tony Starks (FISK50)
7. Aleks (aliskerov) I'll bring/throw money down for whatever we desire.
***Has School - hopefully can come in the AM just to meet everyone***
8. Norbert (norbertg240) can bring whatever
9. Dale Ficken (DaleFicken) plans on being there. (will bring whatever)
10. Kass (silversrfer)
11. Patrick (BossSlate) - Drinks (sodas,juice).
We could still use some sides - cole slaw, potato salad (if you have ice) or chips, etc.
You do not have the required permissions to view the files attached to this post.

#254398  by YardleyBill
April 14th, 2011, 10:27 pm
I say regardless of the weather let's scrap the food and we'll find food locally. It's NEW YORK CITY ... has to be good food locally. My friend who grew up in Queens said there are TONS of great places to eat. We have cars that fit 5 people. Let's go out for lunch and dinner if needed. YardleyBill wrote:I say regardless of the weather let's scrap the food and we'll find food locally. It's NEW YORK CITY ... has to be good food locally. My friend who grew up in Queens said there are TONS of great places to eat. We have cars that fit 5 people. Let's go out for lunch and dinner if needed.

I agree, I think this is best.

We will work around the rain by getting lunch and dinner somewhere local.
2012 - 2020 Club President

#254416  by alandw
April 15th, 2011, 9:19 am
So this morning's and this evening's NY weather forecast says rain starting LATE in the day - maybe early eve. We should have decent weather most of the day - even starting with sun in the am. So we are on.

We will NOT cook - just bring liquid refreshments (adult and other) and any snack food you want - we'll go out to lunch/dinner - what ever we choose as a group.

The sign-up list (no food) is again posted so it does not fall behind the rest of the discussion.

We'll meet in the parking lot off the 21st street entrance (the black rectangles).

#254424  by LUNAT1C
April 15th, 2011, 10:53 am
My weather report for Hatfield calls for rain starting in the late morning and temperatures not hitting 50 until closer to 5pm. I'd expect rain in NYC by early afternoon as the clouds head east.

I'm okay with eating out, preferably not fast food. Took me almost a year to drop 40 pounds, no need to balloon up again lmao.

Here's my plan... PA-309 from Hatfield to Rt-202 N through Bucks County, into Jersey, to 202/31 through good old Flemington straight on up to I-287... From there hit I-78 E. At some point that will connect with the NJTP and I can roll through the Lincoln Tunnel.

What happens after that? Does the tunnel spit you out on 34th street directly or do I have to keep an eye out for it?

I'm going to use the GPS on my Droid. RB1 is almost totally unreliable in city environments since it can't make heads or tails of multiple rights and lefts, and takes too long to recalculate when a turn is missed because it was too slow to keep up or too vague to be useful... so I'll bring up Google Maps and zoom in to get street names once I approach the Lincoln. My new GPS isn't installed yet... sitting on my living room floor until I get the new bezel and the accessories.

Just come out of the tunnel and follow signs for 34th street.

You can continue from 34th right thru the Queens-Midtown tunnel (TOLL) or you will turn LEFT (North) on 1st Ave.
If you're taking the bridge, as you're approaching 59th, follow the signs for the 59th Street - Queensboro Bidge. I recall you'll actually go left off 1st and then it makes a U-Turn onto the bridge. Get off for 21st Street on the Queens side and head NORTH to Hoyt/Entrance to park.

I have not been there - but I suspect the main parking lot should be easy to find.
You have Keith's and my cell phones? If not, PM.

No one is here yet due to traffic. (Noon.)

Oh and it's windy and freezing!

aliskerov wrote:I hope you guys had a great meet. Just got out of class a couple hours ago....Real bumbed I didnt get to see yall. Was very tempted to drive out for the first hour of the meet, but seems like I would've missed the party anyway. Make-up meeting in June anyone?

Since this meet was your idea I think it should have been done around your schedule..I bet you can get some people together.. you just name the time and place.. preferably in NJ, PA or upstate NY.
An Automobile with Class and Style! A Classic in it's Own Time!

Kieth, is that your silver special? You had the skirts sprayed the same color as the car? Not sure I noticed that before.
An Automobile with Class and Style! A Classic in it's Own Time!

DaleFicken wrote:Kieth, is that your silver special? You had the skirts sprayed the same color as the car? Not sure I noticed that before.

Dale, that one belonged to Patrick (BossSlate).

Everyone really liked it.

#254554  by YardleyBill
April 17th, 2011, 9:46 am
So I will write up the social aspect of the meet. Hopefully one of the car gurus will chime in with the car details. I'm a little iffy on all the car details. (Keith also has more pictures.)

I got there around 11:45. I was worried that I was late, but after driving around the park a few times, I couldn't find anyone. Turns out they were stuck in traffic! Alan, Seth, and Keith got there around 12:15. I think they thought I looked silly in my winter hat but when they got back from the bathrooms, I think they wished they had a winter hat! (It was very windy and cold. And loud from being right beneath the Triborough Bridge.)

While they were in the bathroom, Patrick showed up.

We had 9 people who said they were coming to the meet, so we hunkered down and waited for everyone else to come. We got a text from Robert, so he knew he was on his way. We spent the time eating snacks and drinking assorted drinks. Seth made a new friend ... Pip the squirrel. We all agreed it was the most aggressive squirrel we had ever seen. But, he WAS a New York squirrel.

Rob got there around 2. About 5 minutes after he got there, it started to rain. We decided to line the cars up for pictures, and cut our losses. Keith had PMed everyone his cell phone so we figured if anyone else was going to show, they would call him.

Time for lunch! We climbed into 2 cars and headed off into Queens looking for a place to eat. The main requirement ... 2 parking spaces. After driving around for a bit, we saw the Neptune Diner, which had a banner proclaiming it the "Best Diner In New York". Sounded good to us, AND they had 2 parking spaces. So after some creative NYC driving (good job Alan!) we ended up there.
PICTURE = The Best Diner In NYC

We spent a few hours eating and drinking (thank you NYC for having cocktails in diners) and talking all about cars and life in general. It was really a lot of fun.

Afterwards we got back into the cars and headed back to Astoria Park. We were hoping the huge bridge over the parking lot would protect us from the ongoing downpour, but it did not. We stayed in the cars for a few more minutes and then headed home.

I can't speak for anyone else, but Rob followed me back to the NJ Turnpike, and it was one of the worst drives I've ever been on. I actually cheered a little bit when I got out of the Lincoln tunnel. Then it POURED almost all the way home. Ugh.

As always, it was great to meet people from the club.